annabella's voice was finally chosen as the winner. Congratulations!  I love her voice. It's kind of wooden, silky and mezzo voice. She definitely has a nice vibe.

Review of Yellow by Rebecca Cullen 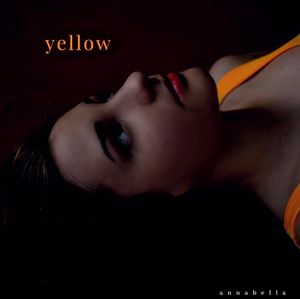 Picky is an early highlight from the project, the singer’s voice meanders in a captivating manner, meanwhile poetic observations and personal reflection intertwine in a piece of writing that is refreshingly honest.  The characteristics in Annabella’s voice and indeed in many of the lines throughout this song have a certain authenticity about them – you don’t question the heart or the perspective, you just take it as truth, and in being that they still manage to stand tall as fascinating and easy to connect with; a rare combination of traits that make this a stunning piece of art. Musically too, the song offers an organic pop-rock warmth and a series of vocal harmonies that help light up the outer edges and emphasise certain ideas within.

What Just Went Down is another immediately likeable song from the new album. A simple acoustic riff backs up a gentle vocal outpouring that’s again undeniably honest, open, and incredibly valuable in among a mainstream music world of somewhat regurgitated popular ideas and vague references.

Annabella offers a carefree approach to creativity, but not so much so that the music doesn’t work – far from it. Her writing is effective because it comes from a meeting between loving music and needing to make it, needing to say certain things in this way. This song builds up in a magnificent manner, the quiet grows to be intense and multi-layered, the simplicity evolves into multiple colours of complexity, and all the while the rising energy sweeps you away with it.

Adding further relatable truth to the collection is a song called To My Mirrored Soul. This one showcases the singer at perhaps her most vulnerable of all. The lyrics don’t explicitly deal with the self, they direct the ideas at a significant other, or ‘you’. Even so, the title calls upon the listener to appreciate this as self-assessment, the sort that breaks you down and subsequently builds you up a little stronger.

The delicate ambiance here gives off a folk aura that suits the singer’s gentle, original leading voice in a simple and calming way. As always, despite the truthfulness, the accessibility, Annabella phrases her thoughts in a manner that seems totally new. It’s as if she says the things you had been thinking or feeling, but you hadn’t known before quite how to say them – as is the role of the genuine artist. This album is absolutely one worth taking home this winter. Be sure to look for the release on 12.14.18 on all major streaming and music platforms.

Musician & writer with an MA in Songwriting.

“Picky” is the first single released from Annabella an up and coming US-based singer, songwriter and performance artist’s up-coming album “Yellow”. Whilst her musical maturity may seem beyond her years, she’s had plenty of time to perfect her ethereally light sound through performing and studying music through her childhood which has enabled her to possess such a resounding aural command at such a young age.

Any fans of Tom Odell, Daughter and Lucy Rose will definitely appreciate the quaint soundscape which Annabella has created with her single Picky. With her subtle and stripped-back vocal style, the single is as easy to listen to as breathing whilst the melodically instrumentals meander through the progression of the single.

Head on over to annabella’s official website where you can check her out ahead of the release of her album “Yellow” on December 14th.

Amazing--Best part of our event!

Amazing--Best part of our event!

We loved having Annabella perform at our event. It was absolutely incredible to hear her talent and her story. She is an astounding young woman and any event would be lucky to have her.

Review of the song TRUST by annabella

Having been blown away by Annabella’s previous release 11/10, the prospect of new music was immediately appealing. Once again, the singer and songwriter offers audiences impeccable story telling, loaded with warmth and accessible realness, but also presented in a way that is new or a little left of the expected. 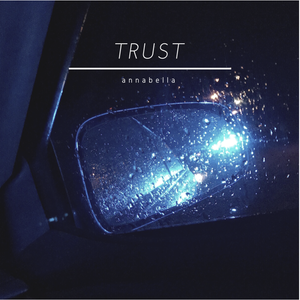 Trust follows a specific character along, throughout her journey, the imagery intertwined with depth and inner reflection. The artist’s now familiar and comforting leading voice delivers the sentiment and the various stages of the song in a perfectly delicate and genuine way. Surrounding this, the soundscape showcases a lightly upbeat rhythm and folk-rock energy, though this doesn’t over ride the softness of the story line and the underlying concept. This approach to the relevance of trust in the character’s life makes for something uniquely inspiring.

The energy of this release floats along a little higher up than her previous single. The music and the expression feels very similar though, this thread throughout is quickly becoming the Annabella sound, and that’s a huge thing to master. The music is consistently easy to enjoy, the sort that you can let play for hours, again and again, or the sort that you can explore and dissect and seek positivity in.

The songwriter’s position as an observer, her attempts to understand certain experiences, her awareness of the things that matter – the important things – all of this adds greatly to the overall value of this music. It’s refreshing, beautiful to listen to, and uplifting in a hopeful and good hearted manner. It’s also incredibly skillful, musically and lyrically – nothing wasteful comes through, nothing ever falls below par. There’s so much space in modern music for this kind of writing, talent, and authenticity.

Musician & writer with an MA in Songwriting.

Annabella’s release 11/10 is a wonderful song in so many ways. Musically it presents a gorgeous fusion of delicate folk and colourful pop, yet lyrically there is something incredibly honest and endearing at hand that draws you into its truth in a compelling way. 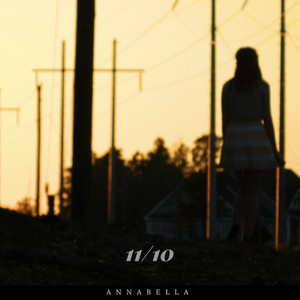 The sound is blissful from the offset, calming and minimalist in nature – the simple finger-picking of an acoustic guitar, a beautifully raw and almost whispered leading vocal; flawlessly carrying this captivating and memorable melody along in a natural and seemingly effortless way. The songwriting is phenomenal, unusual and interesting yet taking on the most effective mannerisms of crafting an addictively enjoyable piece of music. I was reminded of the first few releases from Laura Marling when it was simply the artist and an acoustic guitar. There’s something fresh about these words and this perspective, the emotional connection described, a reminder of loyalty and the things that matter. It’s inspiring to listen, and because the music surrounding and supporting the sentiment is so subtle and gentle in nature, you’re even more inclined to really focus on the story-line, the ideas, the poetry, the encouraging sentiment.

Poetry is an important word, the first of many that come to mind when listening – the opening line offers up imagery that sets the bar high for what will follow, and nothing thereafter disappoints. The concept itself is simple, clever, original yet instantly effective in that it makes perfect sense – more and more so the further into the song you get. There’s a certain meeting of the dark and the light within the lyrics, and this is reflected gorgeously by the melody and by Annabella’s unique delivery of the song. After hearing only this one release, the sound is likely to stay with you, as is the superb style and skill inherent within the songwriting; making the prospect of future releases an unmissable one.